The first step in an M&A integration is to achieve agreement among your executives on the integration strategy. They should clarify it at least two to three months before the deal closes.

When M&A integration teams rush into planning without clarity from top management, they are likely to make the wrong assumptions, spin their wheels, and veer off on tangents. Before teams get rolling, they need clear objectives from above so they can proceed in the right direction and develop effective plans.

Senior executives should also agree on set of acquisition integration guiding principles that will serve as basis for decision-making and ensure integration teams act in alignment.

In this section of the website, our presentations, books, and articles cover the strategies, best practices, and guiding principles that can help you achieve integration success. 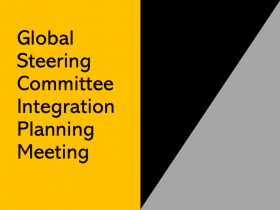 Review and agree on the:

15 Areas Executives Should Agree on Before Integration Planning Begins

When M&A integration teams begin planning without clarity from top management, they are more likely to make the wrong assumptions, draw different conclusions, and veer off on tangents.

M&A Integration Strategy: Presentation to Board of Directors

Prepared by Steering Committee and IMO 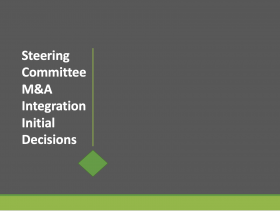 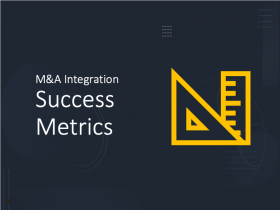 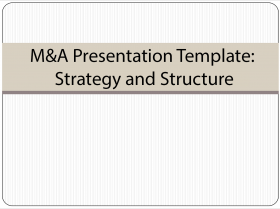 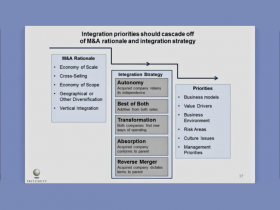 What Are the Five Types of Integration Strategies?

2. Best of Both: Additive from both sides

We’ll start with a one-question quiz: What do you think is the single best predictor of M&A integration success?

Decades of merger experience prove this. The turtle may win the race in fairy tales, but not in the grinding, gut-wrenching, high-risk game of merger integration. We’ve been saying this for years, and it’s coming close to being accepted now as conventional wisdom. Here’s the problem—companies still demonstrate big differences of opinion regarding what “fast” really is ... 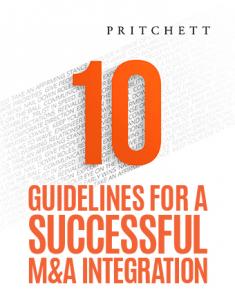 10 Guidelines for a Successful M&A Integration

In years past, the conventional wisdom on the integration process advocated a slow transition. The rationale went like this: This is important. We must move slowly, carefully, and minimize mistakes. We can’t afford to overwhelm people with change.

It all sounded so logical. It seemed like such a caring approach so far as the people were concerned. The problem is, the thinking was dead wrong. Basically, employees hate a slow integration process. The approach lets problems fester, and it fails to take advantage of the energy stirred up by a merger event.

Being careful during mergers and acquisitions means moving quickly. Speed is your ally. A rapid integration approach that reflects a strong sense of urgency holds far more promise than a strategy based on caution. The mistakes that come from going fast are nothing compared to the … 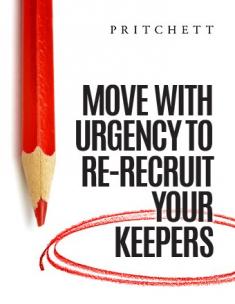 Move with Urgency to Re-recruit Your Keepers

If you’re involved in a merger, some of your best people in the acquired company are job hunting. Count on it.

Maybe you don’t have many who are circulating their resumes yet, but you can bet the majority are considering their options. Mergers are good at getting people’s attention. Everybody wakes up, looks around, and wonders how his or her career will be affected.

Some people can’t stand all the uncertainty and ambiguity, so they start looking for opportunities somewhere else. Others have a pretty good idea of what’s coming, but don’t like the looks of what they see. So they, too, decide to check out other job possibilities. The most talented people, of course, typically have the best alternatives. Executive recruiters aggressively seek them out, knowing that mergers always loosen the ties that bind.

Research shows that acquired firms, on the average, lose four out of ten managers during the first twenty-four months of a merger. This turnover rate is three times the rate found in companies … 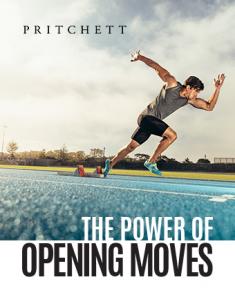 The Power of "Opening Moves"

So the deal closes. It’s “Day 1.” Are you ready for one of management’s big moments?

First impressions tend to be lasting impressions, and this highlights the importance of opening moves. Your initial actions make a defining statement about the forthcoming integration process and management intent. Up until this point, people will have been carefully listening to what management has said about the deal, but they believe what they see. Talk is cheap . . . the reality lies in what actually begins to happen before people’s eyes.

So how can you seize the moment and use this pivotal opportunity for maximum effect? Follow these seven guidelines and your opening moves will serve as a launch pad for successful integration …

How you begin the integration process carries heavy influence over how you will finish.

Many guidelines in M&A only apply to certain situations. However, these seven integration best practices should almost always be followed:

Are we saying you should trash the popular concept of corporate culture? Not at all. It’s the word “common” that needs dumping.

A few shared values...a couple of operating principles common to all parts of the new merged organization...a small handful of company-wide standards. That’s okay. That makes sense. That much you can get across to everybody and try to uphold or enforce during an integration ...

Beware of the integration do-gooders.

Chances are you have a few of these people scattered across the management ranks.  I’m talking about soft-hearted managers, those misguided souls who seem to think you can run an effective integration without upsetting anyone.  These are the folks who would sacrifice integration success in order not to disturb the organizational peace.  They’re nice people and generally well intentioned.  But here’s the irony:  Theirs is the cruelest approach.

Merging two companies works best when you show deep respect for certain ground rules.  When I say “works best,” I mean these ground rules represent the most caring and benevolent way of dealing with employees, just as they offer the most promising route to merger success … 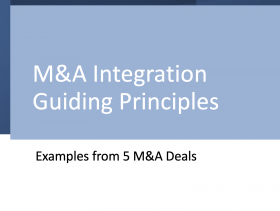 Executives agree on a set of principles that will help direct the actions of integration teams such as:

What the organization will look like at the conclusion of the integration.

End states involve big questions (usually initially defined by executives) to provide direction to the functional teams such as: 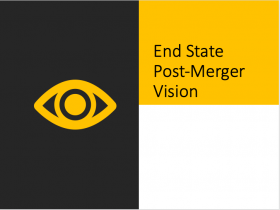 Smart Moves, by Price Pritchett, lays down the ground rules and the guiding principles that will improve your odds for integration success.

...plus more extremely valuable coaching points designed to help you protect the “3 P’s”—productivity, people, and profits.

The cost of mergers and acquisitions goes far beyond the financial aspects of swinging the deal. The impact on productivity, profits and personnel in both the acquiring and the target firms is often overlooked. Lack of attention to post-merger issues leads to communication difficulties, operating tangles, loss of team play, power struggles, low morale, and employee bailouts.

Mergers: Growth in the Fast Lane

A Field Manual for Management

Mergers: Growth in the Fast Lane presents 10 guidelines for managing the unconventional high-velocity growth associated with a merger or acquisition.

Mergers represent unconventional growth, and that calls for some unconventional moves. Much of what’s needed now is counter-intuitive stuff. Status quo management just won’t cut it. Growth in the fast lane requires quicker reflexes. A keener sense of timing. More nerve. Mergers make things happen in a hurry—you have much more to manage all at once. If you put the company in this particular groove, plan to speed up. Fast growth calls for fast management. Of course, this is out of character for many managers and executives. Over the years our corporate world made people more security-oriented… inclined to minimize risks…fond of stability.

That’s a slow-growth management style, one that’s downright dangerous when you’re driving an organization in the fast lane. It does all sorts of damage to the company, and it can wreck careers. It also helps explain why far too many mergers end up in the failure statistics. For now, you need to manage more entrepreneurially, making the moves needed to grow a business rapidly. Become a scrambler. Accept a work situation with more ragged edges. Make friends with risk. And in spite of all the commotion, concentrate on the essentials: Think few. You’re managing in a less forgiving situation for now. You need focus. Concentration. Plus a good dose of determination. The fast lane is a high risk/high reward proposition. You win big, or you lose big. Just remember—growth has rules. This field manual gives you a powerful set of guidelines to go by as you manage growth through mergers.