In The Importance of Being Earnest, Oscar Wilde wrote, “Everything popular is wrong.” He could have been talking about the conventional wisdom regarding culture integration in mergers and acquisitions.

Nothing in the realm of M&A gets botched up so consistently as the blending of two companies’ corporate cultures. This foul-up is rooted in naiveté and fueled by the popular idea that culture requires broad-gauged attention once a deal closes. The naiveté is revealed in executives’ misconceptions regarding the malleability of culture. (Actually, it’s hard as hell to change.) And the popular idea is wrong because instead of focusing on quickly “fixing” culture differences in the broad sense, which isn’t feasible, top management should focus the organization on delivering operating results in spite of those differences. That is feasible.

These seven cultural issues are mission-critical because they shape how you run the place. They deserve attention. And the differences between the two organizations should be reconciled fast by the executive team.

You can think of operating protocol as the “minimum effective dose” (MED) of cultural medicine that top management needs to swallow during the early months of integration. MED is the smallest dose that will produce a desired outcome. The MED not only delivers the most dramatic results, but it does so in the least time possible.

More is not better. Don’t complicate!

It’s popular these days for companies to talk big about culture at the outset of integration. They create a culture committee or project team, conduct culture surveys, set up a culture-specific integration work stream, do focus groups, etc. Problem is, they’re really not “focused” at all. They flail around, gin up unrealistic expectations in the work force, then gradually fizzle out, victims of cultural overdose.

So here’s the Rx: Lock your top management group in a room and don’t let them leave until they’ve reached agreement on the operating protocol for NEWCO. Getting quick resolution on these cultural fundamentals is what positions you culturally for merger success. People can live with some friction or confusion on other cultural matters. Your greatest challenge will be resisting the temptation to do more. 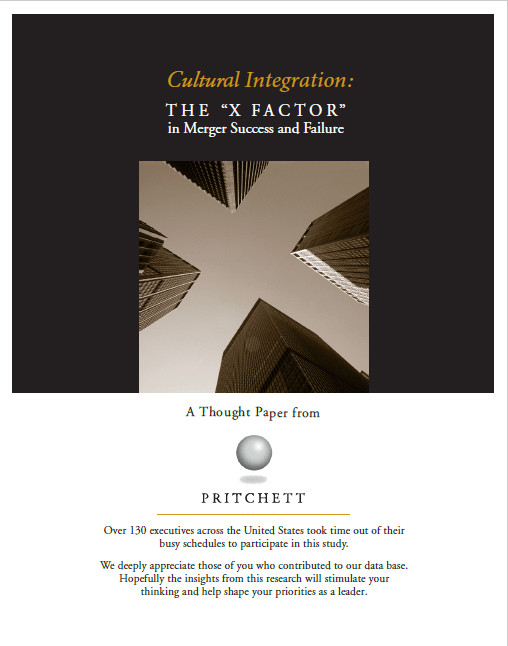 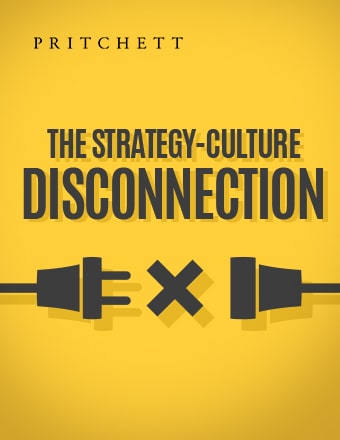 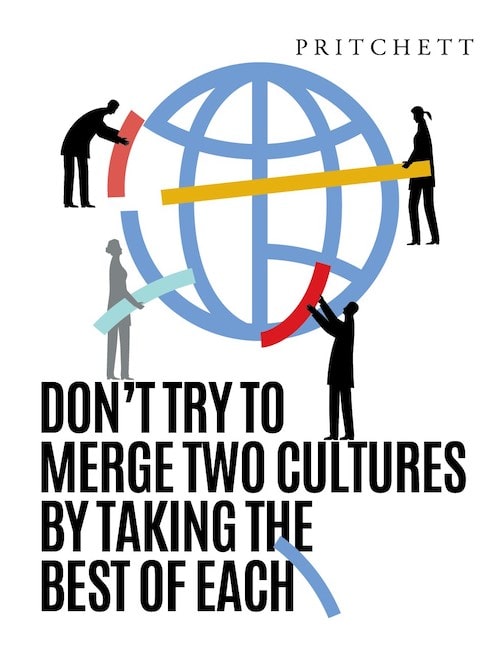