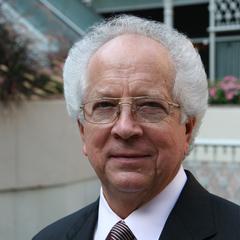 Price Pritchett, Ph.D, is founder and CEO of PRITCHETT, LP, a Dallas-based consulting firm recognized internationally for its expertise in M&A integration.

Over the years he has advised CEOs, presidents, and boards across a wide spectrum of industries, in many types of deals, under all kinds of economic conditions.  He has a deep understanding of the pressures and conflicting demands executives encounter during mergers, knows the intense scrutiny they face from an array of stakeholders, and respects the risk/reward challenges they must navigate while continuing to deliver positive financial results.

Dr. Pritchett’s specialized work in post merger integration has been referenced in most major business journals and newspapers. He also has been interviewed on CNN, CNBC, and other major television channels.

Particular achievements from Dr. Pritchett’s career include the following specifics:

His best sellers on M&A integration include the following titles: